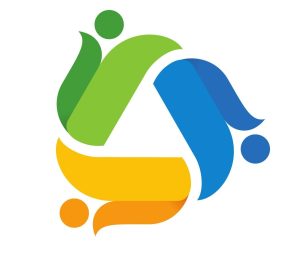 There is a lesson here for people who don’t see how a society practices systemic discrimination.

I recently published an article about crime statistics and how they systematically discriminate against minorities and the poor. (On Crime and Racism, SocialCanada.org.)  I told of seeing a video where a black American was ranting about a statistic that blacks in the USA represent only 13% of the population, but carry out 50% of the murders.

I pointed out that police, courts, and the media tend to focus on street crime, which is what minorities and the poor have access to –  robbery, theft, drug retailing and violence, mainly.  In some communities, these are the best jobs going.

You can be sure that when a black young man is charged with a crime, there will be at least one and probably two or three, separate charges recorded. The same act, for example, could trigger charges of possession of an illegal weapon,  assault, assault with an illegal weapon, assault with intent to injure, and perhaps others – forced entry, etc. Prosecutors like to maximize their conviction records.

But this kind of crime might really be considered the minimum wage jobs of the crime economy. That’s why they are open to minorities and the poor. When you get into the really lucrative stuff – financial crime, business crime,  white collar crime, etc,  you won’t find that many minorities.

And you won’t find many statistics.

Take the TD Bank as an example. Last week the CBC reported that the TD US branch had been found by US authorities to have violated several US laws, and to have deceived 1.4 million customers. The bank agreed to reimburse the 1.4 million people and to pay a “penalty” of $25million. The CEO of the US branch pointed out that although they agreed with the conclusions of the investigation, no criminal charges will be laid and the bank did not have to admit guilt.

If these were street crimes, every one of those 1.4 million deceptive sales and thousands of illegal trades would result in at least one, perhaps three, separate charges.  And if that were done systematically with all financial, business and white collar crime, it would radically change the statistics and the public’s understanding of who commits the most crimes. Perhaps it would also change the focus of police work.  But it systematically is not done that way. And that is an example of systemic discrimination and systemic racism.

Terrance Hunsley is a former Director General of the International Centre for Prevention of Crime, an institution that works with national governments and the UN Crime Commission